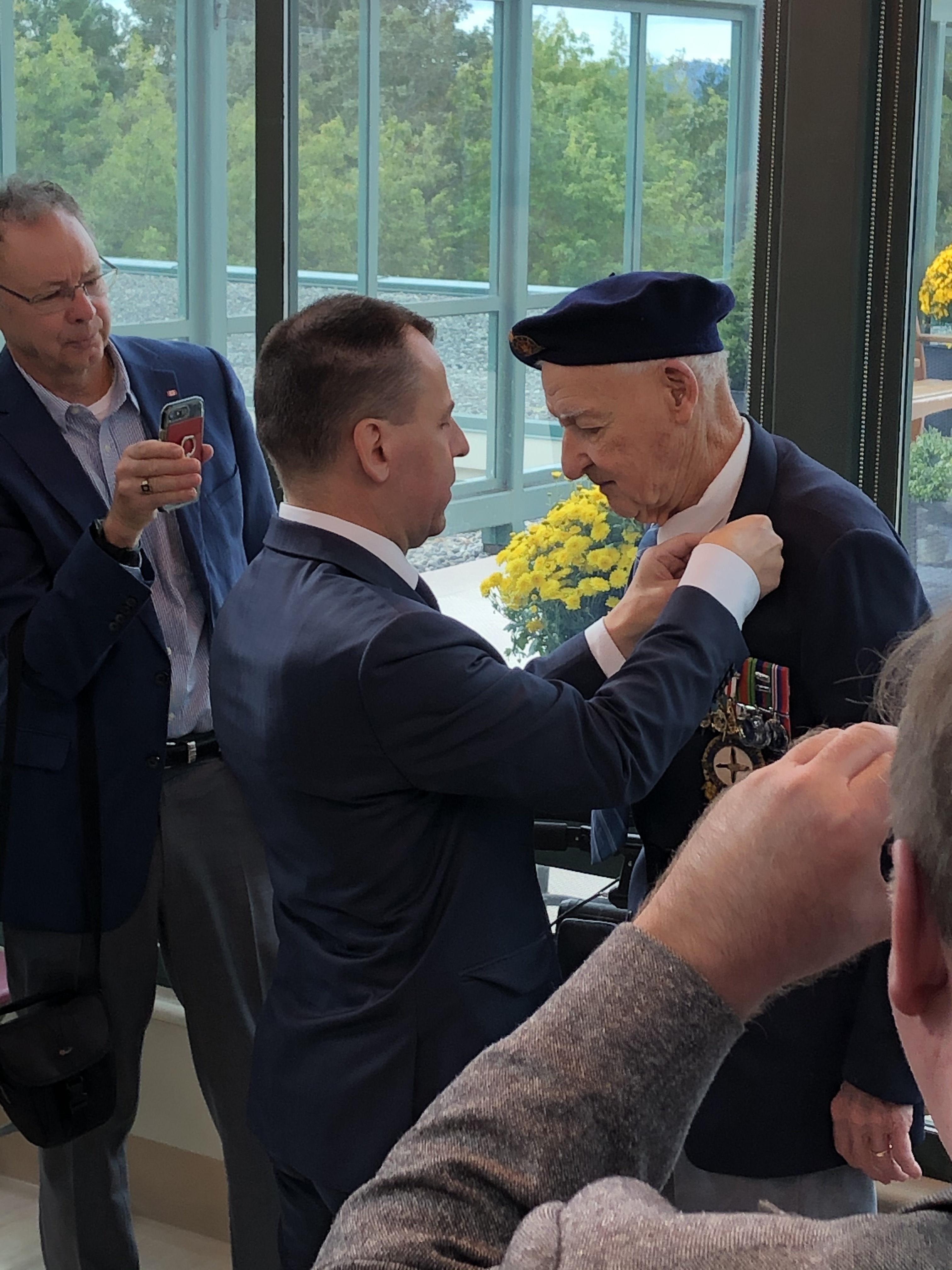 At 96 years old, Mr. Vaughan has been inducted into the French Legion of Honour. The Legion d’Honneur is the highest decoration that France can bestow and, as such, it is equivalent to the Order of Canada. The Legion d’Honneur and its governing organization was created on May 19th, 1802, during the reign of Napoleon. It rewards the outstanding merits of individuals who have served France or the ideals it upholds.
Mr. Sutter presented Mr. Vaughan with the French Legion of Honour medal surrounded by family, friends, members of the Vancouver Island Aircrew Association, Royal Canadian Legion #127, Broadmead Care staff and volunteers. “We will never forget those who fought the battles and those who fought in combat” Sutter said. “We are here to pay tribute to your exemplary dedication. 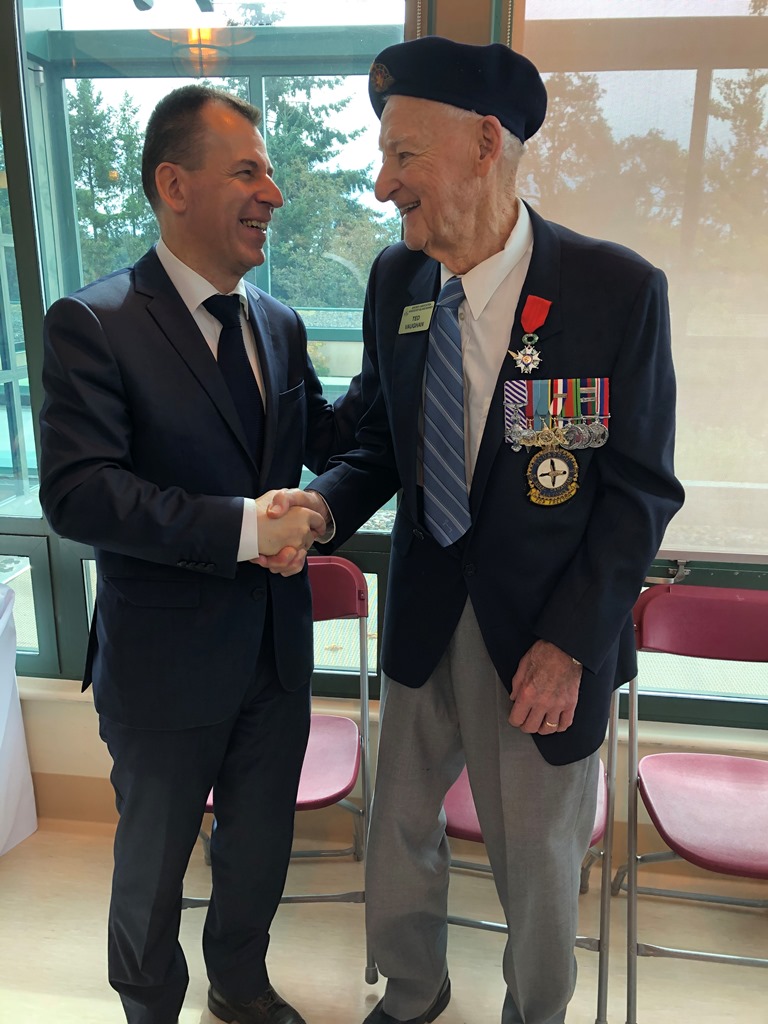 You are an inspiration to your children, your grandchildren, your great-grandchildren and for all of us. They look at you, and we look at you, with pride and with emotion.”
Mr. Vaughan, a pilot with the Royal Canadian Air Force Goose Squadron, flew the Lancaster Bomber for 36 successful missions during WWII.
“It’s just me, an ordinary old pilot doing this” said Vaughan. “I am very pleased, thank you so much.”

Note:  Ted flew 36 missions on 408 in 44/45, and bombed the area behind Juno beach just before the big she-bang. He also got a DFC for bringing a wounded Lanc home after one of his chums dropped a 30 lb incendiary on one of his wings, knocking out an engine and starting an engine fire.