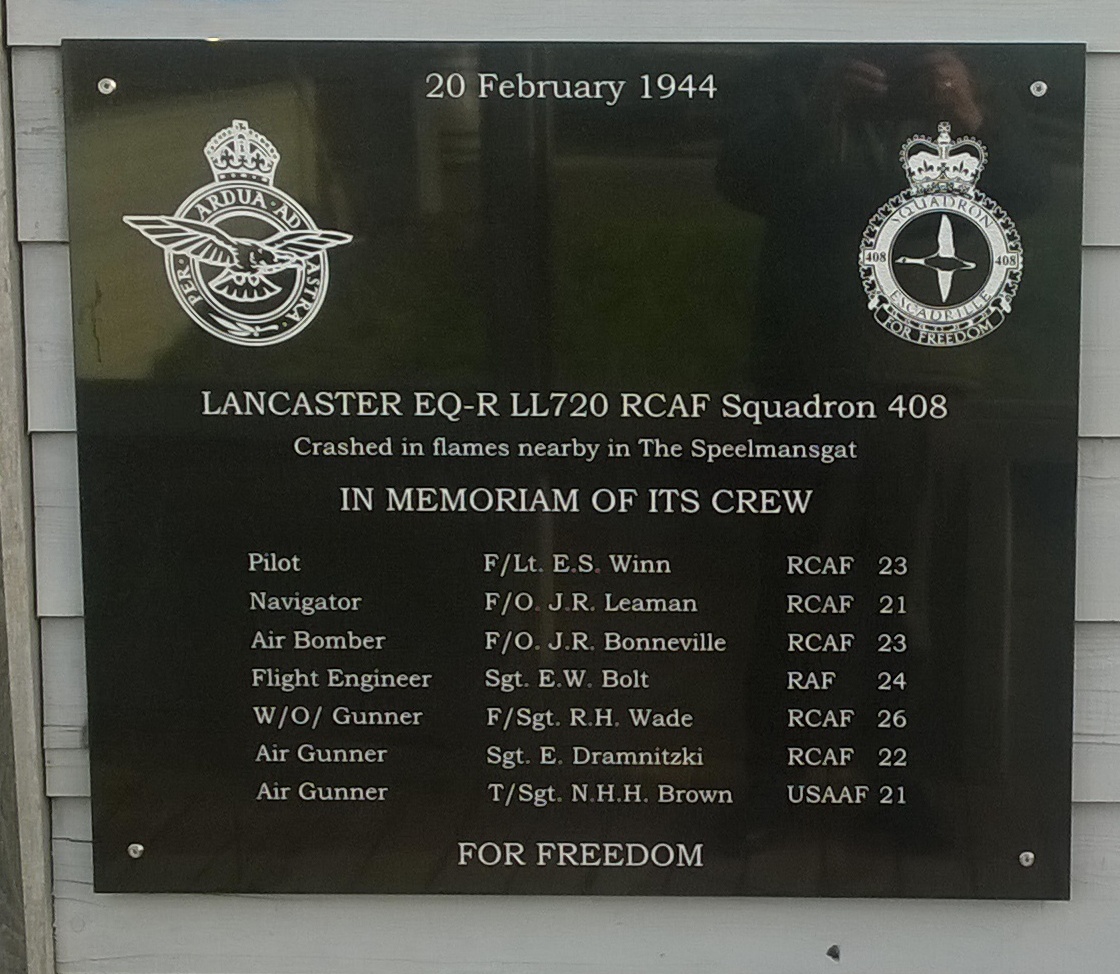 Relatives, representatives of Wings to Victory, the Assistant Military Attaché from the Embassy and Aircrew Remembrance Society from UK unveiled the Lancaster LL720 memorial at Paal, The Netherlands on Saturday November 9th, 2019. 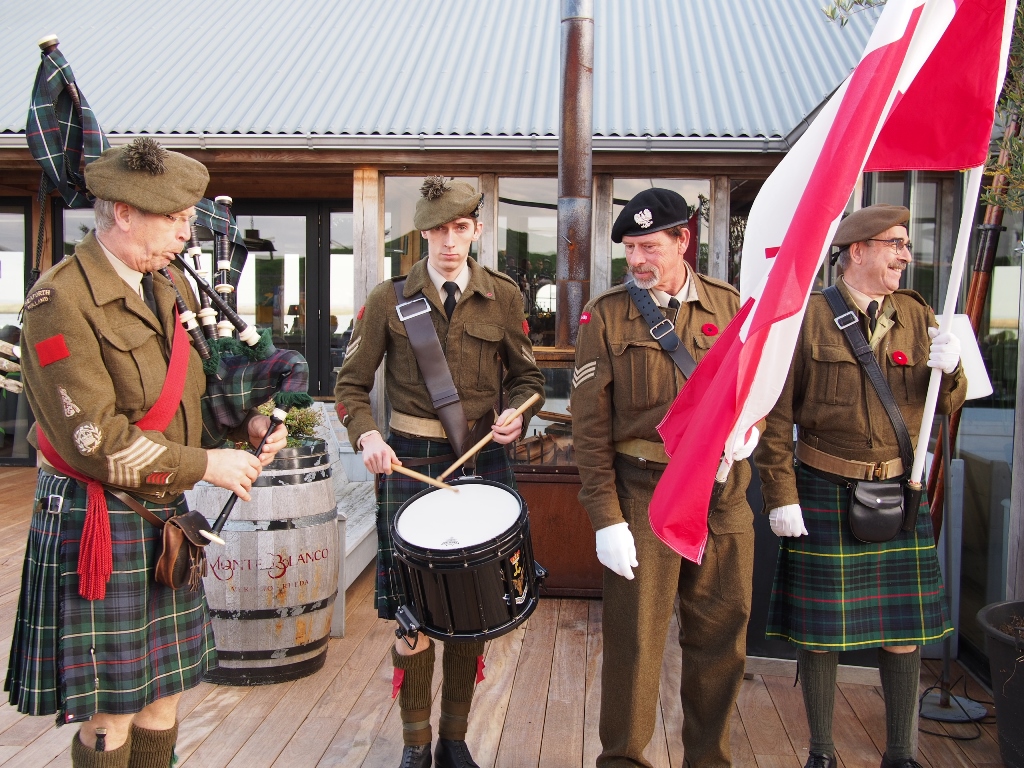 There was an honour guard, pipes and drums as well as a band that played both the Dutch and Canadian national anthems. Seven relatives spoke a word of thanks and laid flowers. 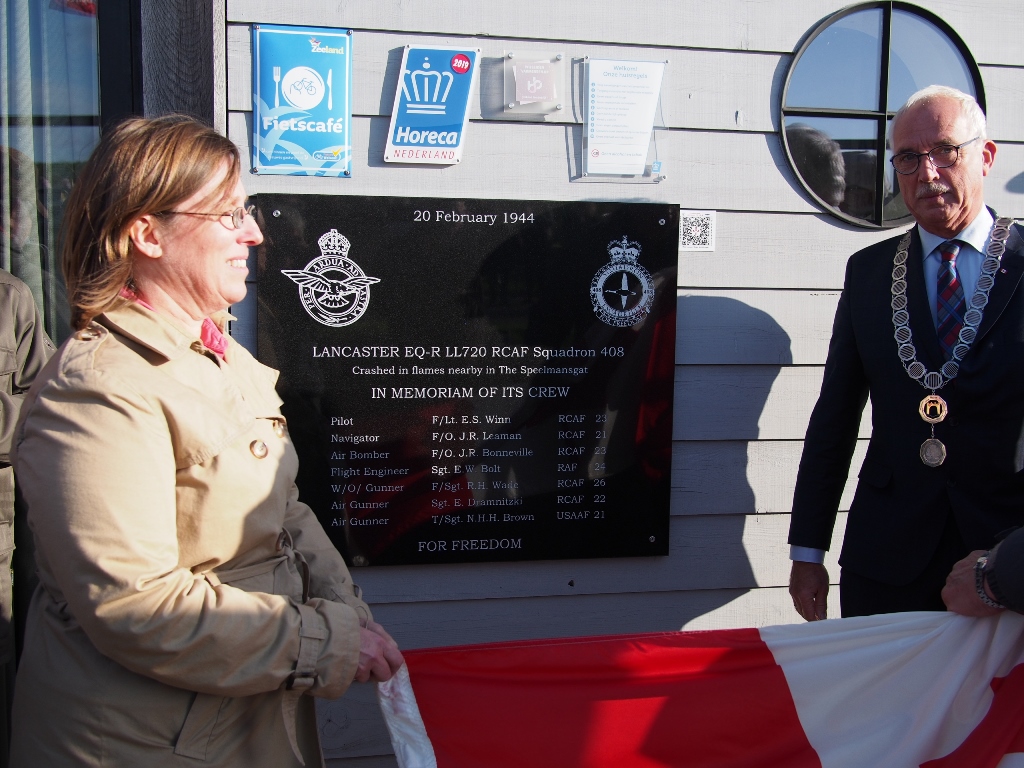 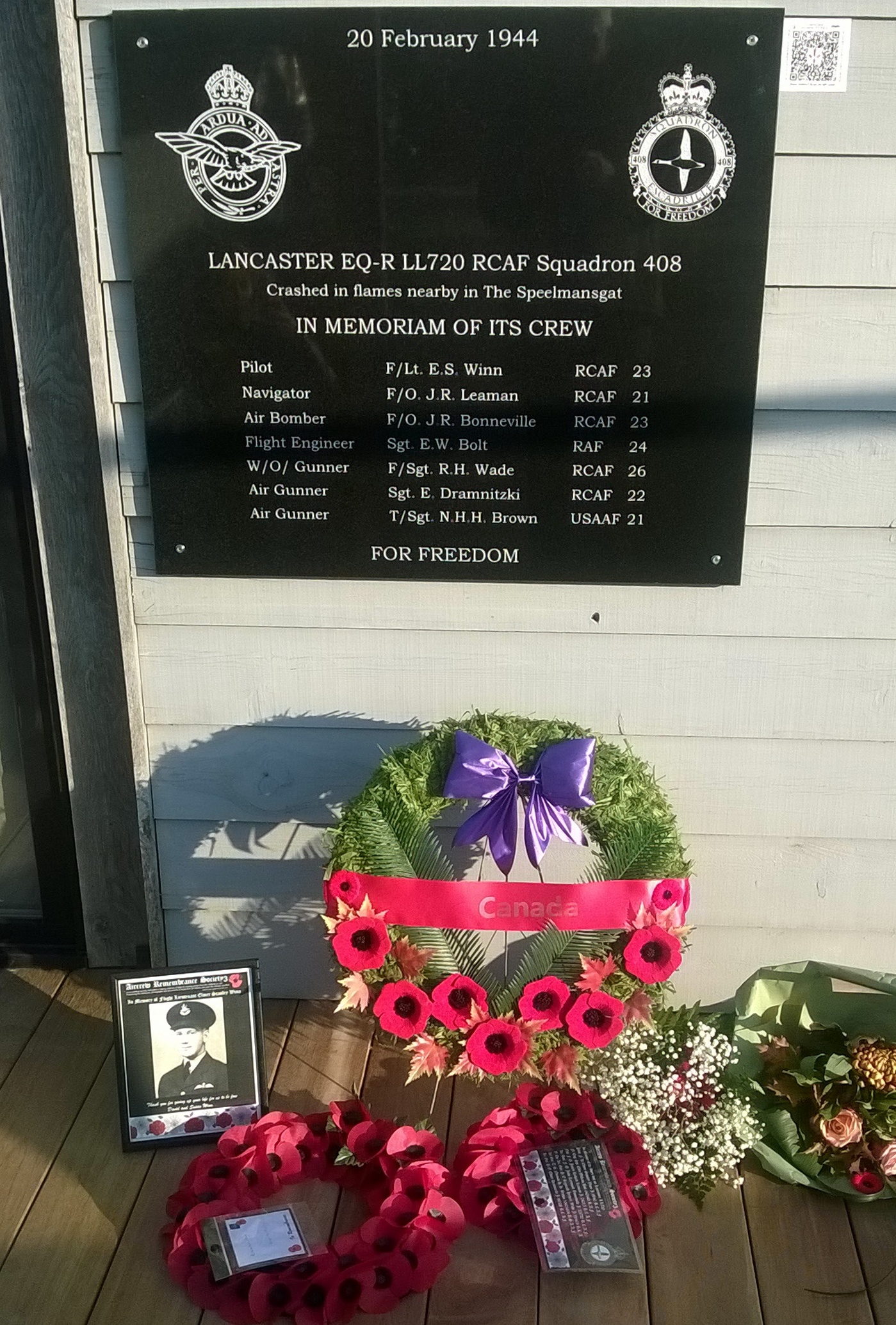 The Mayor of Hulst and two relatives of crew members (Dramnitzki and Bonneville) unveiled the stone by removing the Canadian flag that was covering it. A horn blower played the Last Post; followed by two minutes of silence; then, the bagpipe played a Lament. Jaap Geensen told the story of what happened on 20 February 1944 and how the LL720 eventually was identified. Wings to Victory arranged a fly-past by a Folke Wulf at the end of the ceremony. The relatives of the F/Lt E.S. Winn had arranged a framed picture which will be placed in the restaurant. 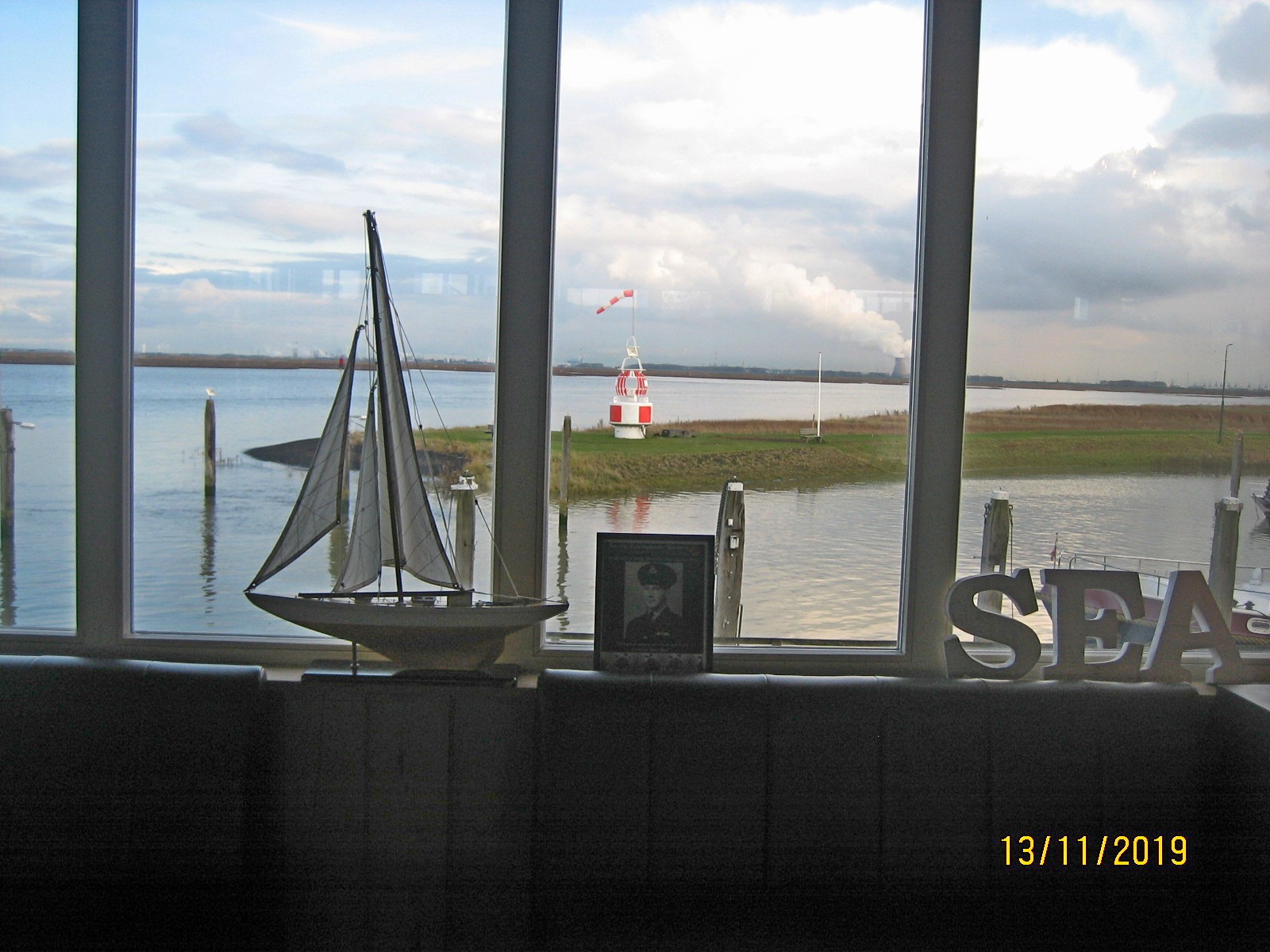 From the restaurant there is a direct view on the crash location, behind the beacon. On the next day a  memorial service was held in the Protestant Church of Kloosterzande. 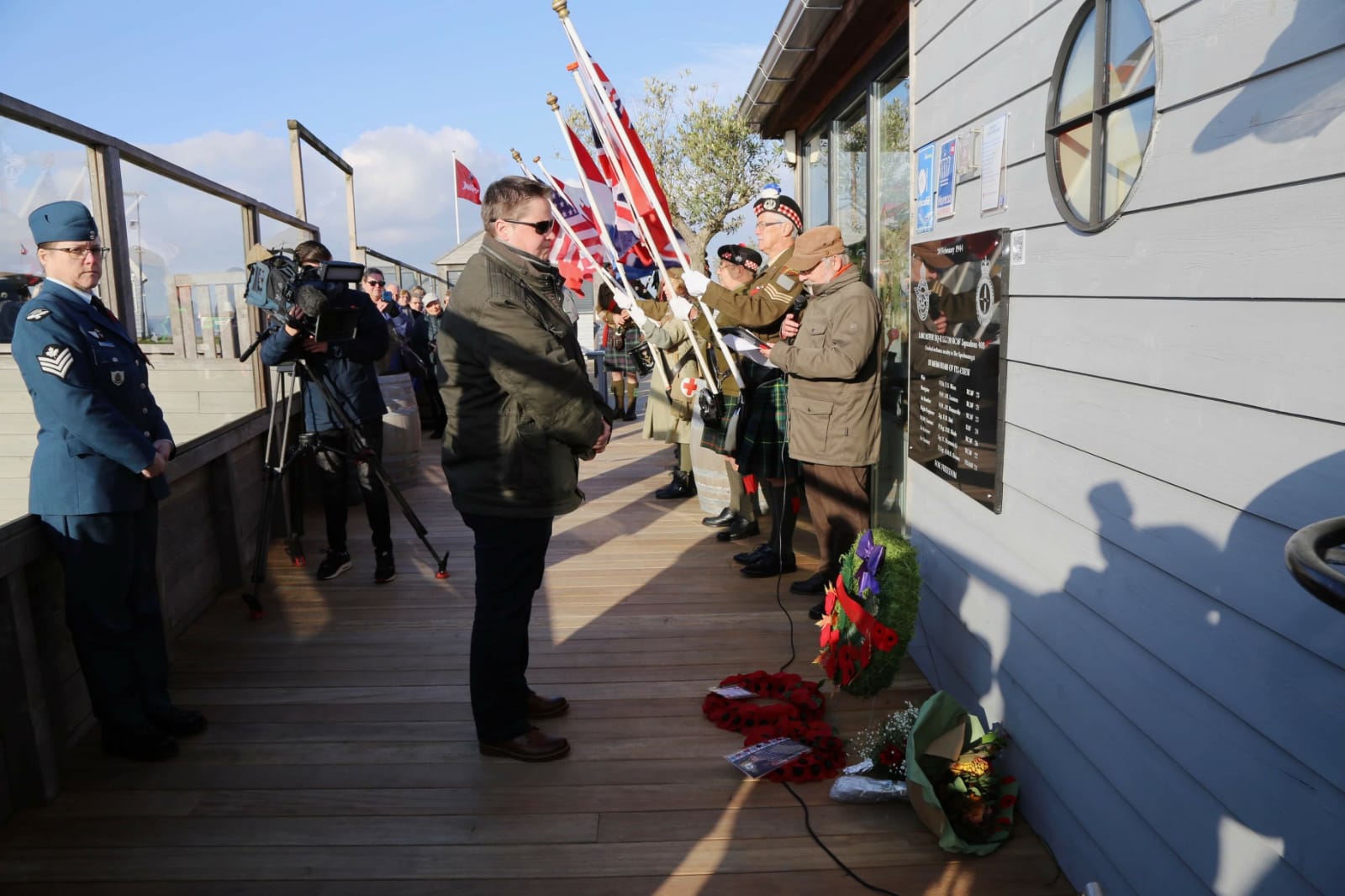