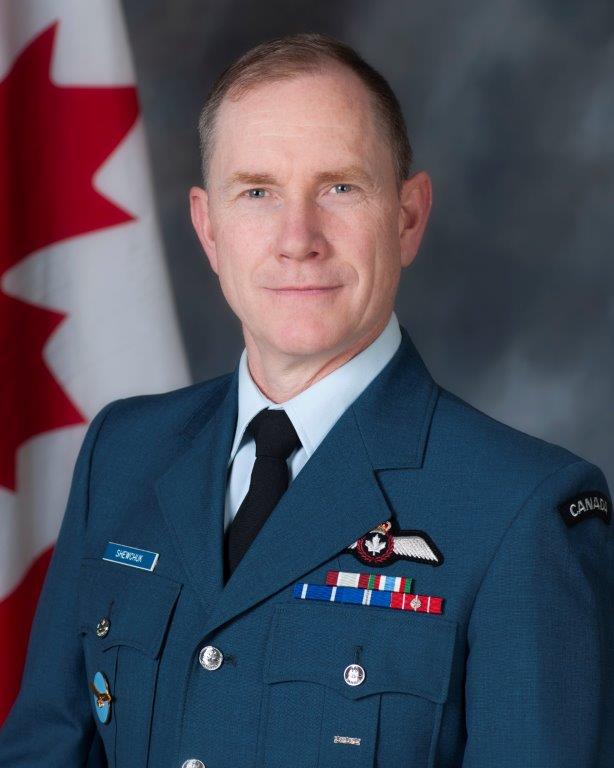 Lieutenant Colonel (LCol) Jim Shewchuk was born and raised in Edmonton, Alberta. He enrolled in the Canadian Armed Forces in 1996 and earned his pilots wings in 1999. After CH146 Griffon conversion training he commenced flying operations with 1 Wing at 408 Tactical Helicopter Squadron (THS). During this time he completed tours in Bosnia-Herzegovina, and several domestic operations including the G8 Summit in Kananaskis, AB. He was subsequently posted to 403 Helicopter Operational Training Squadron in Gagetown as an instructor pilot. From 2010-2013 he served in staff roles as the Tactical Aviation Airworthiness and Tactical Aviation Readiness at 1 Canadian Air Division (1 CAD) Headquarters in Winnipeg. In 2013 he returned to a flying supervisory role at 408 THS as the Deputy Commanding Officer. He deployed to the Middle East in 2017 as the Tactical Aviation Detachment Commander during Operation IMPACT. LCol Shewchuk was promoted to his current rank in 2018 while attending the Joint Services Command and Staff College in the United Kingdom. Most recently he was appointed the Officer in Charge, Air Component Coordination Element West at 3rd Canadian Division headquarters working on behalf of 1 CAD’s Combined Air Operations Center.

LCol Shewchuk has over 4000 hours of flying experience. He holds a Bachelor’s Degree in Science and a Masters in Defence Studies from Kings College of London. He is a graduate of the Canadian Army Staff College in Kingston and of the United Kingdom’s Advance Command and Staff Course. He is extremely appreciative of his loving wife and their three children.