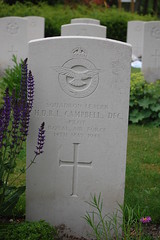 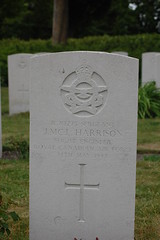 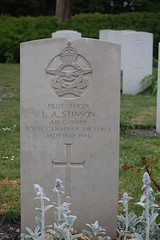 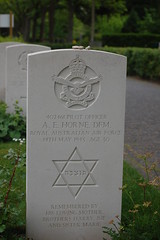 S/L Campbell and his crew flying in Halifax II JB931, EQ-O were shot down on their outbound leg during a raid on Bochum by a night fighter, crashing in the sea off the Dutch coast.  S/L Campbell (Pilot), P/O Horne (AG), P/O Stinson (AG) and Sgt Harrison (FEng) were killed and are buried in the Flushing (Vlissingen) Northern Cemetery, at Flushing, Zeeland, Netherlands. 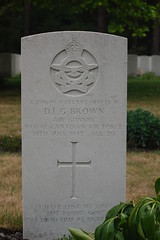 WO2 Brown was an AG on the crew of Halifax II DT769, EQ-J, which was shot down by a night- fighter during a raid on Aachen and crashed at Fellenoord (Noord Brabant), near Drunen, Holland. He is buried at the Bergen-Op-Zoom Canadian War Cemetery, Bergen-op-Zoom, Noord-Brabant, Netherlands. 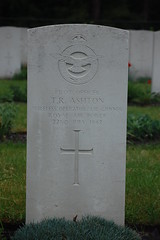 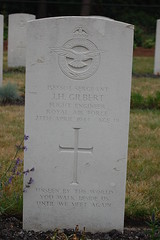